Danger and more especially dangerous snakes intrigue us. In this article we will discuss the world’s most Venomous/ Poisonous Snakes. It will also be a good time to point out that something venomous injects you with venom, and something poisonous harms you when you touch or eat it. The following list contains the most poisonous snakes known and recorded. Although some snakes may not have actually bit men, studies have indicated that their venom can be lethal.

This is the only snake from the Americas that makes part of the list. The rattlesnake is identifiable by the rattle at the end of its tail. Rattlesnakes fall under the Pit Viper family, and they can strike up to a range of 2/3rd their length. The most common venomous species in North America is the Eastern Diamondback. Baby rattlesnakes are considered more poisonous snakes than adults because of their inability to regulate the amount of venom injected. Rattlesnake venom is hemotoxic, that is it destroys body tissue, organs and causes coagulopathy (disruption in blood clotting). A rattlesnake bite will cause drooling, paralysis, difficulty breathing, scarring, hemorrhaging and possibly fatality. Untreated rattlesnake bites often lead to death. Antivenin can reduce the death rate to below 4% if applied on time.

This befitting named snake is found in parts of New Guinea and Australia. Death Adders hunt down and kill other snakes normally via ambush. They look similar to the viper family with their triangular shaped heads and squat bodies. A typical bite will contain between 40 and 100mg of venom, and if untreated making it one of the worlds deadliest bites. Death Adder is neurotoxin and may cause paralysis and death within 6 hours. Antivenin is useful in treating Death Adder bites, but before its development the fatality rate from a bite stood at 50%. Death Adders have the quickest strike in the world, the snake can strike and return to striking position less than a 0.1 of a second.

Vipers are common throughout the world, but the most poisonous snakes of them is the Chain Viper and the Saw Scaled Viper found in China, India, Central Asia, Middle East and in Southeast Asia. Vipers are short-tempered and very aggressive. They are nocturnal and very fast, normally appearing after the rains. A viper bite will result in excruciating pain at the point of bite followed by swelling. Common symptoms will include, bleeding gums, a drop in blood pressure and heart rate. The affected limb will suffer blistering and in certain cases facial swelling and vomiting.  The swollen area may suffer discoloration as plasma and red cells leak into the muscles. Death from cardiac or respiratory failure may occur within 14 days of the bite.

Although most Cobra species don’t make the list, the Philippine Cobra is an exception. Its venom is by far the most deadly among the Cobra species, and it’s capable of spitting lengths of 3 meters. The venom is neurotoxin and affects respiratory and cardiac function. A bite can cause respiratory paralysis, neurotoxicity and even death within half an hour. Symptoms will include; nausea, headache, abdominal pain, vomiting, dizziness, convulsions, collapse and diarrhea.

The Tiger is found in outback Australia and its neurotoxin venom is very potent. Death from a single bite can be as rapid as 30 minutes, but normally takes between 6 and 24 hours. Before antivenin was developed, fatality rates stood at 70%. Symptoms from a Tiger snake bite will include; pain in the foot, neck, numbness, tingling and sweating. This will be coupled by paralysis and difficulty breathing. Tiger snakes normally flee when encountered, but if cornered they will strike with maximum precision.

The Black Mamba is the most feared snake in Africa. It is very aggressive and will strike with absolute accuracy. Black Mambas are the fastest snakes on land with speeds of up to 25km/hr, and they can strike 12 times continuously. To add-on their ferocity, Black Mambas are known to even purse human beings. Its rapid acting neurotoxin venom can kill 25 adults. Symptoms of a bite will include; severe confusion, double and blurred vision, abdominal pain, vomiting, shock, coma, respiratory arrest followed by death. Before antivenin, fatality rates from Black Mamba bites stood at 100%. Death occurs in 15 minutes to 3 hours after a bite.

Another Australian resident, the Taipan contains enough deadly venom to kill 12,000 guinea pigs from a single bite. The venom causes blockage in the veins and arteries and blood clotting. Tapian venom is very neurotoxin and before the inversion of antivenin, no one survived the Taipan bite. Death normally occurs within 30 minutes to an hour, and even after administration of antivenin, the victim may remain in critical condition. Its behavior is closely linked to the Black Mamba.

The Blue or Malayan Krait is the most deadly in its species. Found in Southeast Asia, fatality rates from its bite are 50% even after antivenin administration. Blue Kraits kill other snakes including Kraits. Because of their nocturnal nature, they are more aggressive in dark conditions. In general they are timid and shy creatures, and would rather hide than attack. Their neurotoxin venom is 15 times more potent than the Cobra. A bite will cause paralysis followed by cramps, spasms and tremors. Bites are rare, but before antivenin was developed, fatality rates were at 85%. Even after the administration of antivenin, survival is not guaranteed. Death from a Blue Krait bite normally occurs between 6 and 12 hours. Patients may also suffer a permanent coma if medical attention is delayed.

Although a sub-species of the Taipan, the extraordinary Inland Tapian deserves a place of its own in the list. This snake has by far the most deadliest venom for any land snake, and with that making it the most deadliest snake on land. Its venom has the ability to kill 100 human beings and 50 times more potent than the Cobra. Fortunately the Inland Taipan is rare and not aggressive. A bite can kill a human in 45 minutes although no fatalities have ever been recorded.

The most deadliest and poisonous snake known to mankind. Found in Northern Australian and Southeast Asian waters, half a bite will kill 1000 humans with less than a 1/5 of its bite containing venom. The Belcher’s Sea Snake is docile, and it’s mainly fishermen who suffer the wrath when they encounter it while pulling fishing nets from the sea.

I am done with my list of most venomous/ poisonous snakes in the world, you need to have it in your mind. Let us know if you have seen any of the above dangerous snakes. And lastly be Careful with snakes and Have a Good Day! 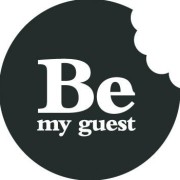